The Craftsman-style home at 4208 West 13th Avenue was built in 1921 for approximately $6,000 for Charles and Eleanor Chapman by local contractor, W. J. Read. It sits prominently on a corner lot, featuring stone pillars framing a wide front porch with horizontal cladding.

Charles Frederick Chapman was Principal of Murphy & Chapman Printers and Stationers and later President of Chapman & Warwick (both located at 569 Seymour Street between Dunsmuir Street and West Pender). The Chapman family lived in this home for at least four decades.

W. J. Read built several other homes on the West Side of Vancouver around this time period, including many projects designed by O. J. Morling, such as 1895 West 14th Avenue.

Situated in West Point Grey, this area has seen significant change over the years. Initially it was home to the Musqueam, Squamish and Tsleil-Waututh peoples. In 1791 Spanish explorer Jose Narvaez landed on the shores of this area, naming it Langara Point. Approximately one year later, Captain George Vancouver arrived and renamed the area after his friend Captain George Grey. Significant residential development in the area didn’t start until 1912, shortly after the Municipality of Point Grey was established in 1908. 4208 West 13th Avenue is positioned between two major arterial routes, 16th and 10th Avenue, which serve as key access points to the University of British Columbia and the University Endowment Lands. 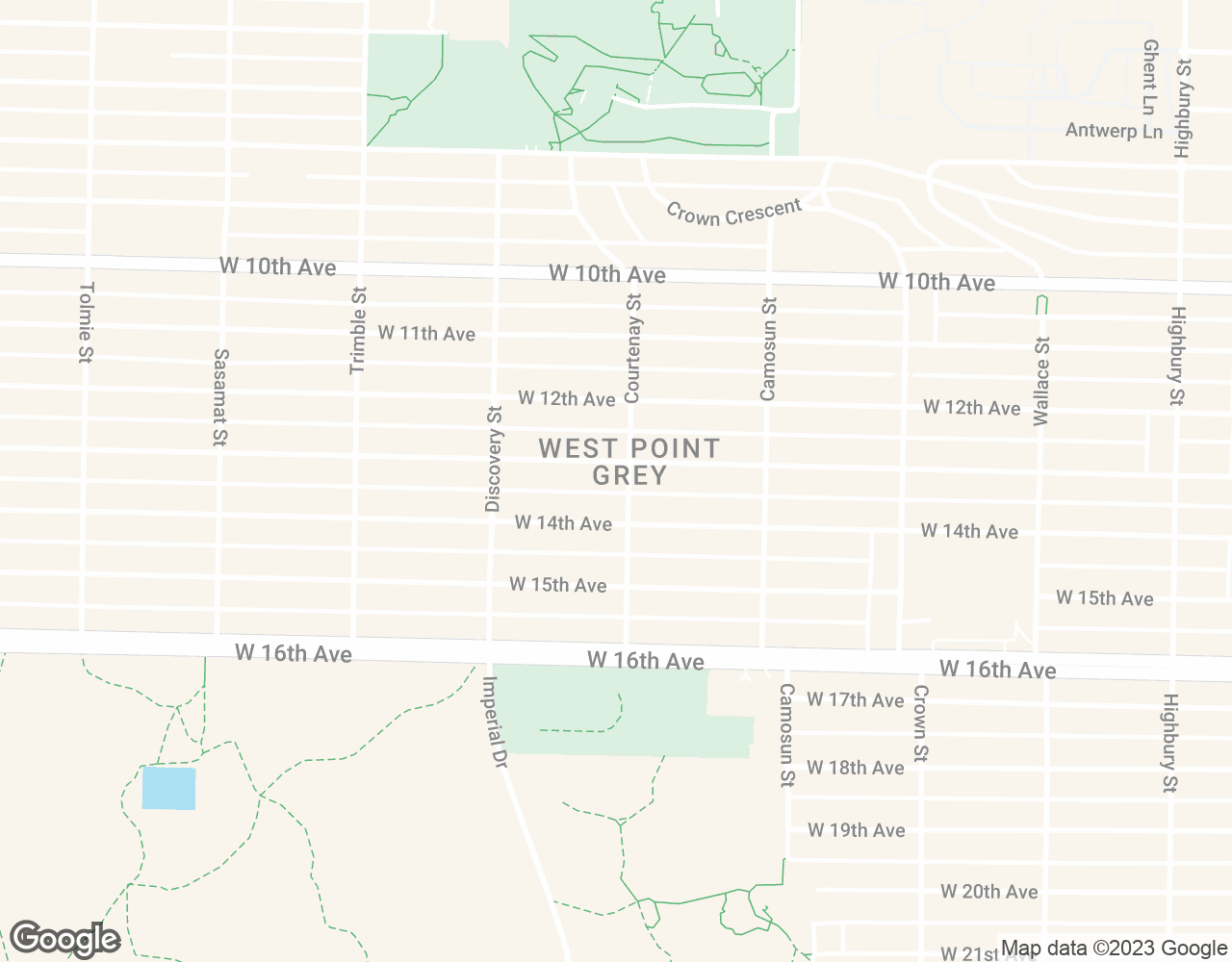